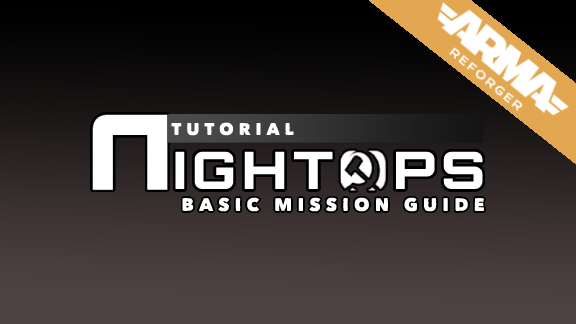 To create a custom loadout we need to first make the loadout as a “Character” and then add that character to the Loadout Manager, which is one of the children of the NO_CoopSetup game mode prefab we added earlier.

The easiest way to create a new loadout is to add either the closest matching prefab character and edit it or to add a base character and build them from scratch. For this tutorial we’ll take the base US Rifleman and turn it into a grenadier, requiring a new weapon (with the M203) and new equipment. First, save the world editor and go back to the main workbench screen, as below:

In the Resource Browser navigate to ArmaReforger>Prefabs>Characters>Factions>BLUFOR>US_Army, right click on Character_US_Rifleman.et and select “duplicate to PROJECTNAME”:

Give it an appropriate name, I’ve called mine “Character_US_GL_BoGC.et”. Right click on this and select “Edit Prefab(s)”:

This will open the prefab in the world editor, closing your mission world. If you had unsaved changes it will prompt you to save them before opening the prefab. Your screen should look something like this, and we’re ready to edit the loadout:

To edit the look of our soldier, change the vest or add a backpack, go to the Object Properties and find “BaseLoadoutManagerComponent”:

And select one of the helmets from the list. You’ll get a preview of what the helmet looks like. I’ve changed mine to have a helmet with goggles on:

We want to change the rifleman’s M16 to an M16 with an M203. So click on the top CharacterWeaponSlotComponent and click on the “…” in the Weapon Template, to select the weapon. Weapon prefabs are found under ArmaReforger>Prefabs>Weapons.

The same screen as with the helmet will show, with the preview of the weapon. I’ve selected the M16A2 with M23:

To add equipment such as bandages, magazines and grenades to the character inventory, go to SCR_InventoryStorageManagerComponent in the Object Properties:

To add an item you first need to say exactly where it will be stored. In Reforger, how your webbing is organised (at least for the US ALICE webbing) matters as you have to select which individual pouch to store the item. These locations are the ItemsInitConfigurationItem sections. If you added a new piece of equipment, such as a backpack, you’ll need to add a new layer by clicking the + next to “Initial Inventory Items”

For now, however, just open the second ItemsInitConfigurationItem – this should be a standard ALICE pouch with three magazines in

Then click on the “..” on the new line to open the prefab selection menu:

Click OK, and your character will now have a HEDP grenade for the M203 in its pouch! For someone like a grenadier you’re likely to need mroe space, so it’s worth giving them a backpack or a more expansive carrier.

ADDING LOADOUTS TO THE LOADOUT MANAGER

Make sure you save your character and then reopen your world. Click on the dropdown next to NO_CoopSetup1 to see all of the managers, and click on the loadout manager from the list – it should be the bottom one:

In the object propertie, you can rename the Coop Loadout (US) to Rifleman, and then click on the + next to player loadouts, selecting SCR_FactionPlayerLoadout from the list:

Give your loadout a name, and set the faction to US. Click on the “..” next to loadout resource, navigate to your ProjectFolder>Prefabs>Characters>Factions>BLUFOR>US_Army and select your new character

You can also add a “Loadout Image”, which will appear next to the loadout name in the Respawn Menu. These need to be .edds files and there are defaults in the ArmaReforger folders under ArmaReforger>UI>Textures>EditorPreviews>Characters and then >BLUFOR>US_Army for the US images.

Now your new loadout will appear as an option in the respawn menu! You may need to restart the workbench for your changes to take effect.